The Creative 365 project is me doing everything I can to do something amazing and creative every single day for a year! Every month, I plan on posting the best pieces from it for you here!

June was a month of design risks and challenges, and a massive revelation about government surveillance that shocked and amazed me and made me mad. The result? A mixed bag of political design work and exercises in design. I had an idea for a zine that I may develop.

OK, I’m far enough along to announce this: There is a new website in the works.

Its not a revision of my current site; its a brand-new, never did it before site. And it is going to rock!

I just want to add this for all the upcoming designers and coders. Here are some tips for always staying fresh:

Well that’s all I have for now. Stay strong and Happy New Year!

Sometimes I feel older than I should.

This isn’t a figure of speech your about to read, nor am I over-simplifying what happened. I woke up this morning, eyes aching from the attempts to open them after basically rubbing away the protective layer on them last night and then having it grow back this morning. After I got both eyes open, watching TV, I realized something: There is no branding anymore.

I was watching “Morning Joe” on MSNBC when that hit me. I was watching the logo in the background as it was displayed on a screen and that made me think about what it meant, which, really, was nothing. It’s a sloppy logo. Joe Scarbrough is a straight-laced Republican and the logo is a liberal-minded, coffee-shop logo. It doesn’t work. It’s not a brand. The show was slapped together after the Don Imus thing and they never made the logo work for the show. Joe just doesn’t look good against the logo, against this “brand”, and he always looks awkward.

Then I started to think about my logo and branding. 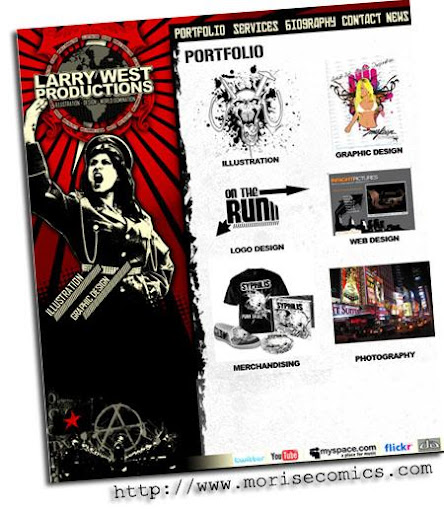 To me, I’ve done a damn good job. I rarely think highly of my own work; my friends will tell you that for a fact. But I think I’ve always done a good job when it comes to branding myself. Ironic, since I hate being branded myself by people. God I hate irony these days, but that’s another day and another post.

The point, though, is that I branded myself. It’s a simple identity: Red, Black, and White using hard shapes and a mixture of art deco, constructionism, and punk. It’s a lot simpler than I made it sound, but the idea is always there. The website, the blog, my MySpace, my business cards… they all follow the brand.

These days, it seems we have an anti-branding mentality.

Look at most recent logos. They all tend to be simple, generic… and insanely boring. They all have white as the dominate color, periodically using pastel versions of red, blue, or green. God they love green. I am sick and tired of white and green logos! Honestly, why? Is this use of color to convey some yuppie idea of being “earth-smart”? I blame it on Web 2.0 graphic design and this unhealthy obsession with trying to take what Apple did with advertising and use it for yourself. In turn, we are now left with what a smart teacher in my college called “The Empty Room”.

There was a great post at LogoBlink.com that explains it down to a science!

Ultra-simple, ULTRA-GENERIC, and uninteresting the the highest degree! This? This is modern-day branding?!

Or we get a ton of faux-retro logos, and that kills the idea. When I did mine, I knew I wanted something retro, but I also wanted to keep it fresh. A truly hard mix! How do you keep people in a certain mindset without being cliche or doing something that has been done a billion times? Easy, just be YOU. The entire faux-retro thing is annoying since two trends are coming back and only one is good; 70’s-style advertising refuses to die, despite the fact it’s use of bubbles were done better in the 90’s. At the same time, turn-of-the-century advertising is coming back, with it’s focus on iconic imagery over banality. I prefer the later concept, and I’m glad to see more of it, but not too much.

But back to branding. Well, here are a few modern logos, and tell me how the imagery around it could be used to brand anything and everything from cups and mugs to bed sheets (yes, bed sheets!)

The two best concepts of branding I can think of in the last 10 years are Apple and… Spongebob Squarepants.

Apple created a brand for themselves in 1998 with the iMac, and it has not changed much in the last 11 years. Bright colors against white and the “empty room” with very simple fonts, morphing from a Serifed font to a Sans-Serif font. Elegant and simple mixed with a sense of pop-culture; a rare hybrid to get to work, and one that’s been emulated to death by everyone else. 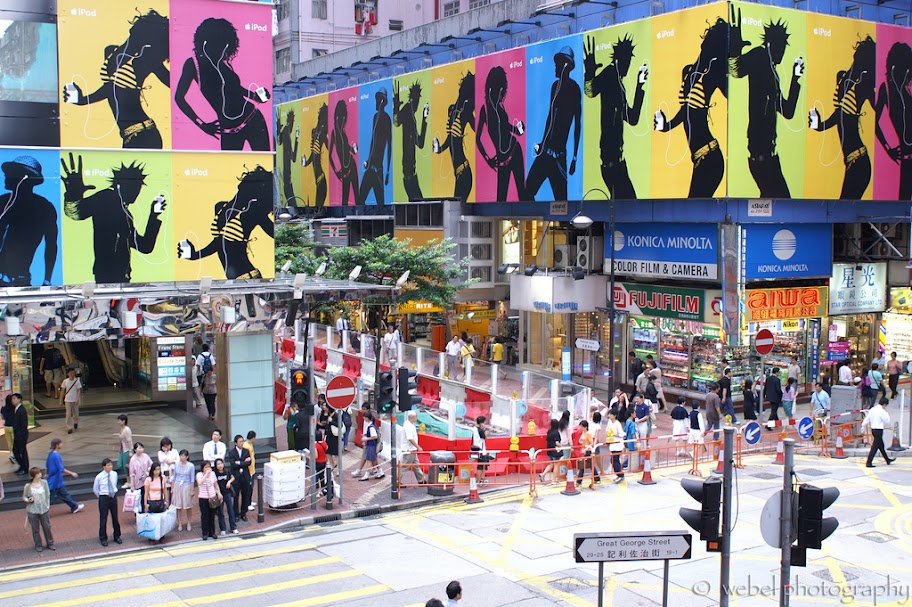 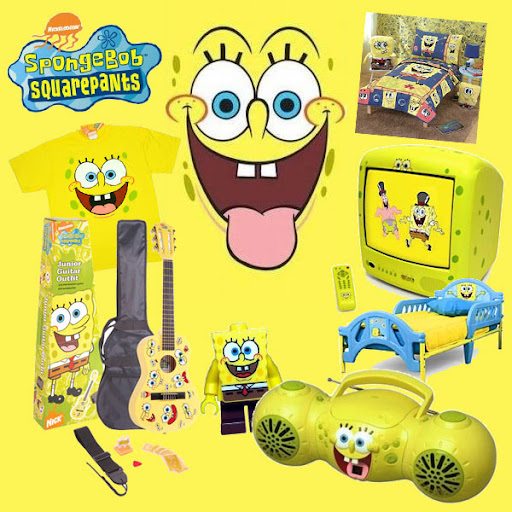 Hell, this is from the Mall of America!! 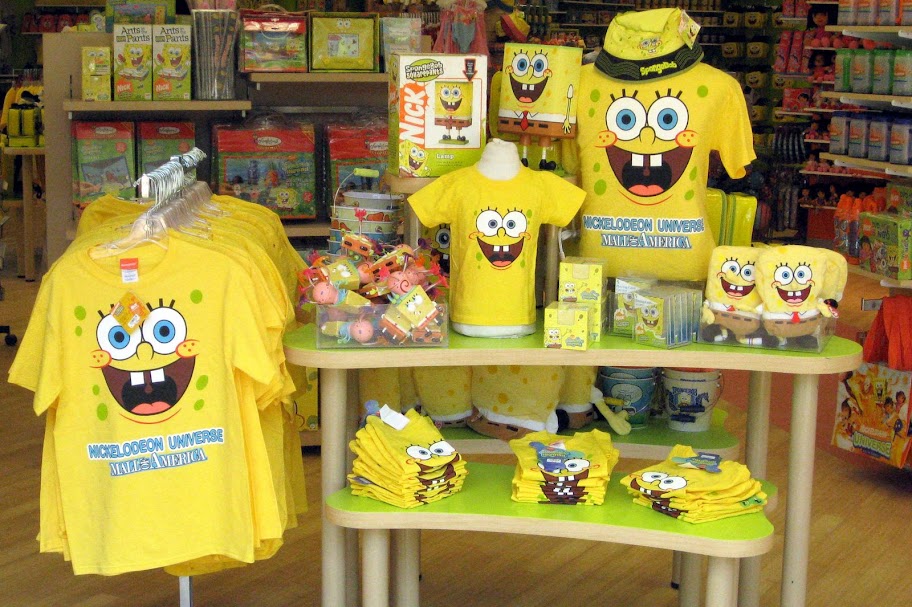 In the last 10 years, can you honestly name a NEW branding that has come out that has stuck, let alone stuck in your mind?

OK, there are a few more, but they’re all based on things from the 90’s and 80’s. Watchmen, with it’s arresting black and yellow logo and Futura font was easy to market, although I’m sure Alan Moore isn’t thrilled, and rightfully so!

Then you have Sin City by Frank Miller. Miller’s style was given a tough of 3-D reality and created a style of limited color that did, in a lot of ways, spit in the face of Apple.

Here’s a quick rundown of a few logos and companies that are doing decent jobs as well: 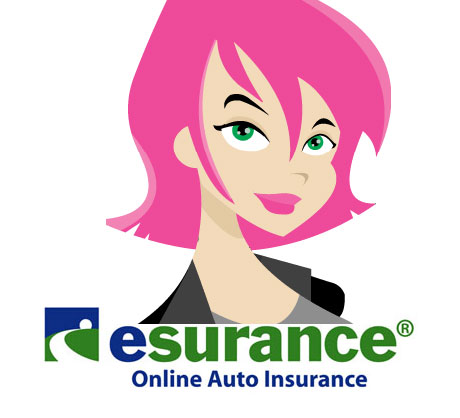 Esurance – The ads have been brilliant and simply theirs! 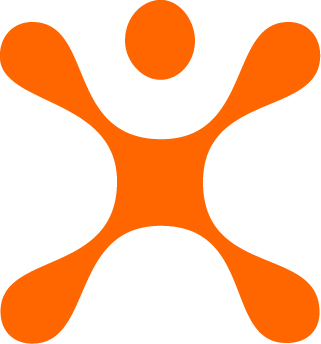 Cingular – While they lasted, they had an easy to identify logo and look 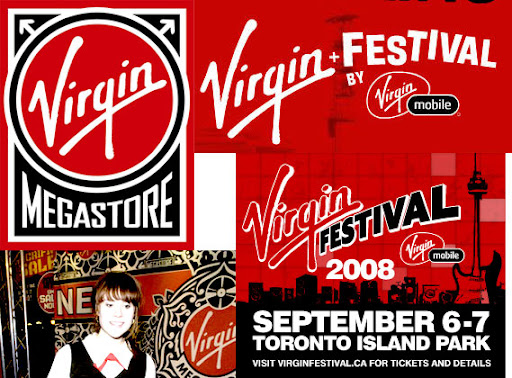 Virgin – Red, White, Black, and brilliant all over! 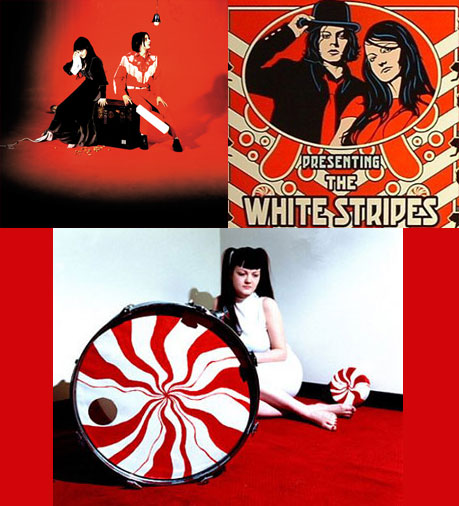 I picked these because, in the end, you knew what the brand was and it was interesting. It’s hard to see that these days with 99% of the logos out there.

In closing, I want to encourage everyone out there who reads this, future designers and those who are looking to hire a designer, to consider everything I’ve said. The future of graphic design should not be mired in mediocrity and simply but in being creative, and even more importantly… YOURSELF. Don’t try to go out there and change the world, don’t try to make trends… simply be yourself and strive to do it well.