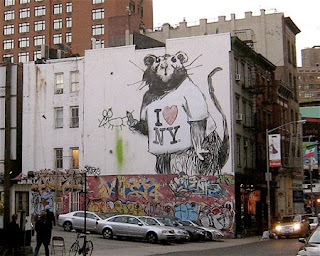 Someone on a message board I got to started a new top called “What makes an artist legit?” It’s an interesting question, and a lot of people have opinions on it. The topic alone got around 80 different replies and comments in about 24 hours!

My opinion, my 2 cents on this matter? I have no fucking idea.

“What makes an artist legit?” is, to me, a fairly new question in human history. I think we can safely assume to a large degree that until the beginning of abstraction in art to such a large degree thanks to Impressionism and Dadaism, we were forced to ask, “What is art?” in the first place. We went from artists being these figures of society that were looked upon in aw and given money if they were smart to… well, the same thing.

When we think of an artist being “legit”, we tend to come up with ideas such as “honest”, “sincere”, “sheer expression”, and “not doing it for the money”.

So let’s look at two people: One person was commissioned to work. A lot. I mean A LOT! More work, in fact, than he could handle alone. In return, he hired people to work for him on his art while we focused on the more important stuff. He did really well and built up a great reputation. Another person is constantly drawing, painting, and creating pieces and loves art. The problem, though, is that he never sold any of his work. Nothing. Nada.

To most people, the second guy is more legit since he slaved over his work non-stop and never made a dime off it. If I mentioned he was always depressed and into self-mutilation, it starts to seem like someone who doodles and draws and writes bad goth poetry and wonders why no one likes their crappy anime drawings they have on Deviant Art. The first guy sounds like the type of guy most artists want to punch in the fact because it seems he’s distant from his art… like he’s a Creative Director or something,and most of society would say he’s not an artist, or a “legit” one.

Well, you guessed it, these people are actually really famous. Leonardo Da Vinci was able to get a ton of work and commissions thanks, not just to being brilliant, but for getting his name out there and working hard. Meanwhile, Vincent Van Gogh spent his entire life working and toiling in obscurity, wanting to sell his art and become a famous artist. In the end, he died alone, went color blind, and his art was worth millions…. and he never saw a cent.

In the eyes of many, both artitsts are legitament, not for how they created their art, but because of what they created.

I have a problem that I am willing to admit and share: I fell into the hype of the “artist”.

Society today has a meaning of “artist” that isn’t the reality. Many people think an “artist” is someone who spends their life in poverty and pain, putting paintings in the fire to stay warm and go through mental anguish and pain. Well that is true, it’s only half the reality. These same people also think that the output of the artist is always “honest”. It rarely ever is.

When I fell into the “hype” of being an “artist”, I stopped being honest. I went into a funk that lasted years where I just hated myself, yelled at myself, just felt worthless because I never thought that what I thought was “honest” WAS “honest”! Why? Because when you love what I do and create what I do, people come to the conclusion, as unfair as it is, that it’s NOT “honest”.

What is unhonest for one honest is pure honesty for someone else. I like Bill Watterson, and he always had a view of art different than me. When he created Calvin & Hobbess and went for syndication, he didn’t want anything more than the strips. He didn’t want to make cartoons, plush toys, greeting toys, stickers, t-shirts, or anything like that. In the end, he is known for being brilliant at what he did and taking the stand he did against a syndicate, something incredibly rare for an artist to take.

On the other side is… well, me. If Bill Watterson was the anti-capitalist artist, I’m the pro-capitalist one. I was born in 1985 and watched a lot of TV when I was a kid. I mean A LOT. I went outside and played, and I played with my toys a lot, but I was still a really ad-observant kid and its part of who I am. If I create something, something I want just for me, I can’t help but think how cool it would be on a shirt or an action figuer or something! I love toys, and I love having fun and decorating the things in the world around me.

A lot of people have taken this route in the modern day, too, namely a lot of street artists who I’m sure are considered “legit” despite the fact they could be making a nice tidy profit.

So what makes an artist “legit”? In the end, it means only one thing to me: Were they happy? IF you enjoy what you do, you’re as legit as anyone.

Photo thanks to Banksy! You kick ass!