Why has is become so standard to use simple and generic fonts for everything?

I am, quite frankly, not happy with this. It isn’t entirely because of my hatred of the Web 2.0, although it is safe to say that is part of it. No, its largely because it seems to take away from a lot of creativity that is, in the end, is being zapped from it. I think it works sometimes, and even then, its only when you actually do it.

I’m just sick of this “less is more” philosophy that has dominated graphic design. Is there anything wrong with actually doing something that requires more than 10 minutes of thought? Granted, not all simplicity is what it appears; sometimes if boils down to hours and hours of work to achieve the result, but then it tends to be clever and smart. Simplicity for the sake of simplicity is the order of the day, and the “empty room” philosophy.

To a degree, its kinda ironic: People have gone on and on about their hatred for the fonts Papyrus and Comic Sans, complaining of their overuse more than their actual design. Like just about anything, it isn’t about the material itself, its how its used. Such is the case for the overt-simplicity and generic fonts I see today.

Well, its a lot, and to a degree, its filled with things I hate that did come back.

One thing I like is Michael Jackson’s “Dangerous” album cover. It combines the greatness of the majesty of the original incredibly ornate album cover with a wonderful simplicity and beautiful typography with a fairly simple font. 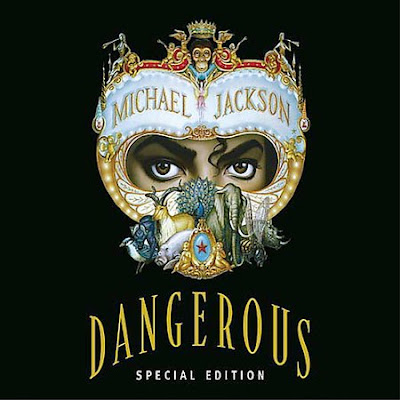 Now, a lot of this is done now, where a dynamic is attempted with the chaos against an otherwise simple background. The problem, though, is that it is incredibly hard to pull off in a way where the effect doesn’t come off as contrived and, in the end, generic in-and-of itself. So while I’d like to see it come back, I also don’t unless you know you can make it work.

So lets go to something else. In fact, this may be my favorite movie posters of all time. It sure ranks in the Top 10:

That’s right: Pamela Anderson in Barb Wire. The movie isn’t good at all, and the comic book its based on isn’t much better (although in a way it inspired the comic book I’m working on now, but that’s something else). But this poster is awesome for a ton of reasons! For starters, there’s an immediate contrast created by the fact that it is the stunning Pamela Anderson Lee in her prime. Her blonde hair is up, flowing in the breeze. She’s dressed in black that goes into her gloves. The black highlights on her face, from the eyes to the eyebrows to the gun or given extra contrast thanks to the black background. Her bright red lipstick works with her rich skin tone. To round it all up, you have bright red-and-yellow text that’s given a light grunge effect that works in contrast to the other cleanliness given to Pam Anderson.

The poster and all the artwork related to this film is stunning and beautiful. The fact that I am a Pam An fan does play into it, but in the end, the reasons I gave for why this poster is an excellent example of both graphic design and simplicity done right is valid. It is minimalistic while still being exciting and interesting.

So what’s the point here? Its simple: In order to achieve simplicity that is strong, effective, eye-catching, and above all INTERESTING, relying on simple retro-effects or overt-simplicity doesn’t have to be a be-all end-all thing. A great deal of interest can be done more so by using interesting fonts and images against the simplicity of a one-tone background to create impact.